Creating awareness and developing clear understanding of the subject of Islamic Banking in the minds of masses, is one of the basic key factors that may bring about tremendous success towards the growth of Islamic banking industry. Following the narrated objective, Allied Bank Limited- Islamic Banking Group arranged a Customer Awareness Program on Islamic Banking and this time chose Religious Scholars / Ulmas as audience in Marian Hotel, Gujranwala.

The seminar was addressed by the Worthy Chief IBG – Mr. Muhammad Idrees and Chairman Shariah Board Mufti Muhammad Iftikhar Baig. Seminar was also graced by Officials from SBP Gujranwala and prominent Religious Scholars of the city. 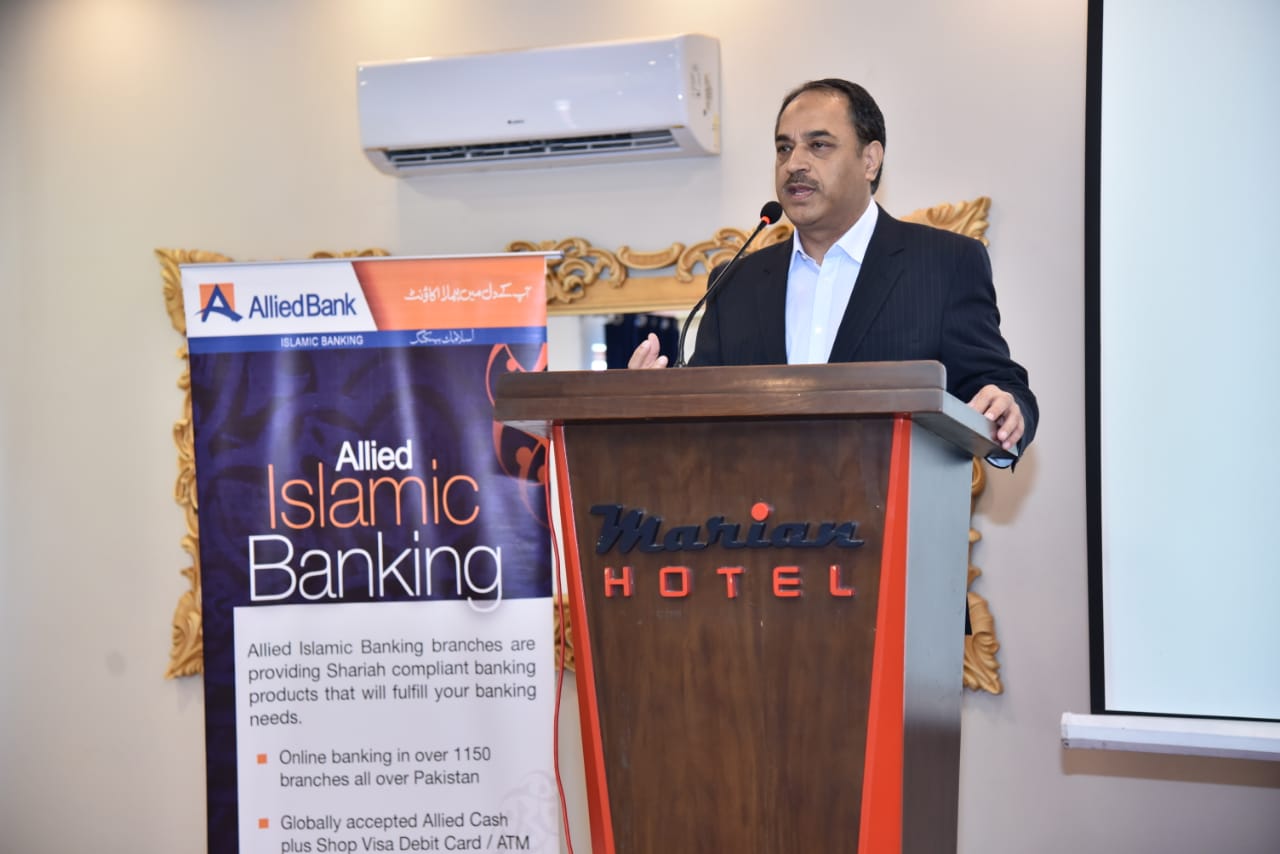 The bank’s Chairman Shariah Board (CSB), Mufti Muhammad Iftikhar Baig gave a detailed presentation on the different aspects of Islamic Banking. The session was followed by a very interactive Q & A, where participants very eagerly asked questions from the Sharia Scholars to clarify their myths. The Sharia Scholars replied at depth the practical aspects of Islamic Banking, the interpretation of Riba vs Profit and its legitimacy from Sharia point of view.

Initiative of ABL Islamic Banking Group was admired and termed to be very useful in developing their understanding of Islamic Banking subject, its different aspects and last but not the least relevance to their everyday life. Religious Community by further applauding for holding such a knowledgeable session, claimed to have digested the concept of Islamic Banking with abundant clarity.

Allied Bank Islamic Banking Group is fully committed towards contributing in the overall growth of Islamic Banking Industry in the country by playing an active and pivotal role in spreading the ideology of the subject and supporting financial inclusion.